The 2011 political unrest in Syria has progressed into a devastating conflict resulting in catastrophic loss of life and the largest refugee migration since World War II. Contributing to this horrific crisis, the so-called Islamic State (ISIS) has seized large areas of Syria and Iraq, creating a three-sided war that has targeted and looted heritage sites, most notably the ancient caravan city of Palmyra. In the battle for Aleppo, the bombing campaign and street-by-street fighting has effectively leveled one of the oldest, continuously populated and architecturally rich cities in the world. With Syria's history under attack, the Getty Research Institute will bring together a panel of specialists to discuss the unfolding consequences of war on historic sites and monuments throughout the region.

Marilyn Kelly-Buccellati, Director of the Mozan/Urkesh Archaeological Project and Visiting Professor at the Cotsen Institute of Archaeology, UCLA

This program marks the launch of the online exhibition, The Legacy of Ancient Palmyra. 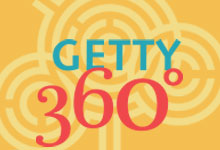