The Ides of March: The Context and Consequences of Caesar's Death

March 15, the Ides of March, is forever associated with the assassination of Julius Caesar. On the anniversary weekend of the Ides in 2020, visit the Villa to explore with Roman historians the political rise, gruesome death, and lasting legacy of the famous dictator. On both days, learn the dangers that threaten all republics and visit our soothsayers to experience a sheep's-liver-reading of the sort Caesar foolishly ignored in 44 B.C.


From the Consulship to the Ides: Julius Caesar and the Fall of the Roman Republic 59–44 B.C.

Gaius Julius Caesar — a lawyer, politician, general, author, and eventually dictator — had a tremendous impact on the course of Roman history. Yet his ascent to the dictatorship through political intrigue, violence, and civil war helped to bring about the ultimate destruction of the free republic. Historian Stefan Chrissanthos discusses Caesar's dramatic rise and sudden fall, and his prominent role in the collapse of the Roman Republic. He considers Roman political history, and Caesar's career in particular, as a cautionary tale, one that can provide a clear warning of the similar dangers that threaten all republics throughout history.

When Brutus and his co-conspirators killed Julius Caesar on March 15, 44 B.C., they thought Romans would embrace them as liberators and condemn Caesar as a tyrant. Romans did not. But they did not immediately condemn the assassins either. Historian Edward Watts of the University of California, San Diego discusses the struggle between Brutus, Cassius, Marc Antony, Cicero, and the future emperor Augustus to define Caesar's legacy. Their battle would transform Rome's future and set the stage for Brutus's Roman Republic to become Augustus's Roman Empire. 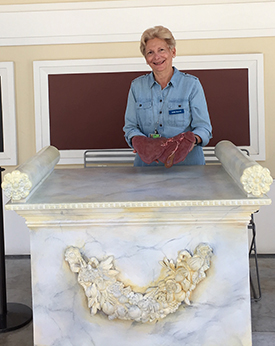 At important moments and in times of uncertainty, Romans prayed to their gods and looked for signs of divine favor or disapproval. The organs in sacrificed animals could reveal a great deal about the gods' opinions, and "reading" sheeps' livers was a common practice. Julius Caesar famously disregarded an ominous sheep's liver, and was assassinated soon after!

Before enjoying one or both of our Caesar lectures, stop by our altar, ask a "Should I?" question, and see what the liver tells you... 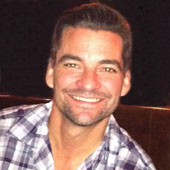 Stefan G. Chrissanthos is a Lecturer in the department of history at UC Riverside, where his courses include Greek and Roman social, political, and military history. He received his B.A. in History from UC Santa Barbara, and his M.A. and Ph.D. from the University of Southern California. His articles have appeared in periodicals such as Historia and the Journal of Roman Studies, and he has contributed many chapters to anthologies; the latest was published in the Oxford Handbook of Warfare in the Classical World. His book Warfare in the Ancient World offers a comprehensive history of warfare, while The Year of Julius and Caesar: 59 B.C. and the Transformation of the Roman Republic (2019) centers on the historical impact of one important year.

Edward Watts holds the inaugural Alkiviadis Vassiliadis Endowed Chair in Byzantine History at UC San Diego. His eclectic teaching and research span Greek, Roman, and Byzantine history. Watts attended Brown University, where he focused on classics and religious studies, and received his M.A. and Ph.D. in History from Yale University. He writes and teaches about the political, religious, and intellectual history of the Roman and Byzantine worlds. Watts is the author or co-editor of ten books, the most recent in 2018 of special interest to our Ides of March program: Mortal Republic: How Rome Fell into Tyranny. (2018).


How to Get Here
The Getty Villa is located at 17985 Pacific Coast Highway in Malibu, California, approximately 25 miles west of downtown Los Angeles. See Hours, Directions, Parking for directions and parking information.