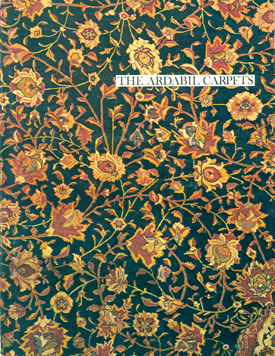 The richness of Near Eastern art is epitomized by sixteenth- and seventeenth-century Persian carpets. Among the finest ever produced, the two Ardabil carpets are believed to have been made as offerings for the Shrine of Sheikh Safi at Ardabil during the Safavid dynasty in sixteenth-century Persia. In this text Rexford Stead explores the intricacies of the Ardabil carpets—one formerly in the Getty Museum and now in the Los Angeles County Museum of Art, and the other in the Victoria and Albert Museum, London. A bibliography and exhibition history are included.

Rexford Stead is deputy director of the Los Angeles County Museum of Art.