Gardens of the Renaissance

Explore Renaissance gardens and their stories—from royal to humble, from scandalous to virtuous—in a widely-ranging exhibition of manuscript illumination. 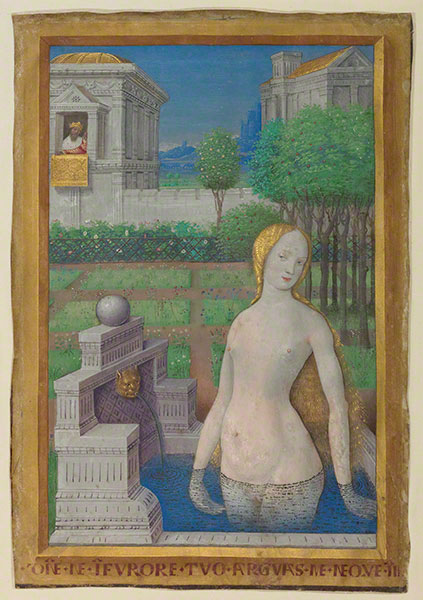 Whether connected to grandiose villas or common kitchens, gardens in the Renaissance (about 1400–1600) were planted and treasured by people in all levels of society. Some cultivated gardens for the display and study of beautiful and rare plants, while others did so for sustenance. Manuscript artists depicted gardens in a variety of texts, and their illustrations attest to the Renaissance spirit for the careful study of the natural world. In a society then dominated by the church, gardens were also integral to a Christian visual tradition, from the paradise of Eden to the enclosed green spaces associated with Mary and Christ. Gardens are cyclical and impermanent; most planted during the Renaissance have changed or been lost. The objects in this exhibition offer a glimpse into how people at the time pictured, used, and enjoyed these idyllic green spaces.

The exhibition features over 20 manuscript illuminations, a painting, a drawing and a photograph from the Getty Museum's permanent collection, as well as loaned works from the Getty Research Institute and private collectors James E. and Elizabeth J. Ferrell.

In this image of Bathsheba bathing in a fountain, her sensuous nude figure seduces not only King David at the palace window but likely also the patron of the manuscript that contained this leaf, King Louis XII of France (ruled 1498–1515). The biblical story that inspired this image does not mention a garden, but artists often placed Bathsheba in one because a garden was considered both a private space and a place of temptation. Louis XII employed Italian engineers to redesign gardens at his court, making them conform to the Renaissance principle of symmetry between palace and garden. In the illumination, the artist differentiates spaces for the planting of herbs, roses, and a citrus grove, all aspects one would expect to encounter in a royal garden.

Gardens in Word and Image 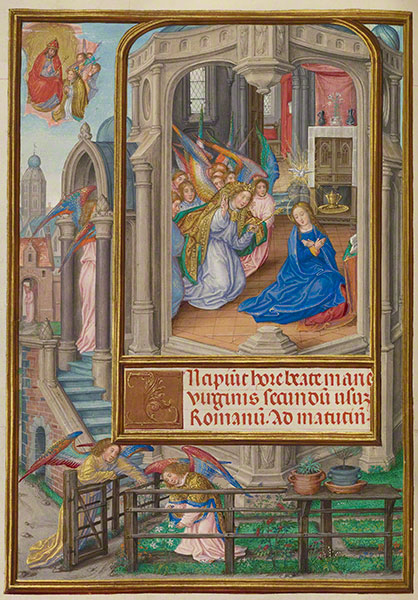 During the Renaissance, when gardens were planted in great numbers, it was only natural that garden imagery permeated the pages of manuscripts and printed books, from popular romances and philosophical treatises to medicinal and devotional texts. As literary settings, gardens were idyllic spaces where lovers met, courtiers retreated from city life, and adventurers sought an earthly paradise. Although the garden was also prevalent in art during the Middle Ages, a hallmark of Renaissance depictions of gardens was an increased naturalism and the documentation of new and rare plant species.

At the bottom of this image, two angels tend the Virgin Mary's garden, arranged with square beds of flowers, including roses, lilies, and columbines. One angel picks a lily, which symbolizes Mary's sin-free birth. In a view of the interior, another lily is visible in a vase atop a wooden cabinet. The angel Gabriel, joined by an angelic retinue and the dove of the Holy Spirit, tells Mary that she will give birth to the Christ child, and she accepts the news with humility. In the sky beyond the house, Gabriel is shown again kneeling before God the Father in heaven. In Annunciation scenes, Mary is often shown near an enclosed garden because Christian tradition associated the private green space with purity, prayer, and paradise, the last of which awaits Christians anew in heaven.

Gardens of the Bible 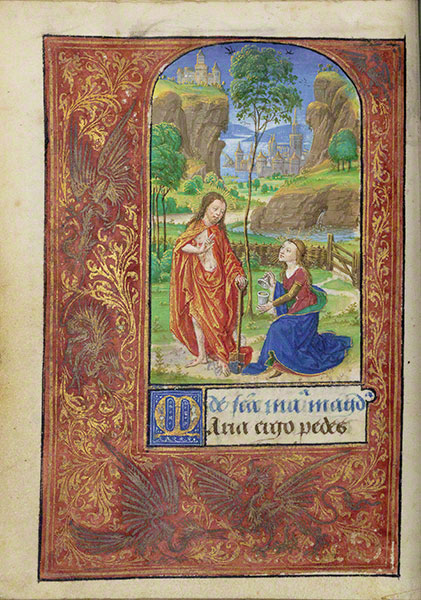 The story of Christian salvation is rooted in gardens, from Adam and Eve's sin in the Garden of Eden to Christ's resurrection in a Jerusalem garden. Renaissance theologians and adventurers sought to discover the location of Eden, and pilgrims risked the dangers of travel to visit the gardens that Christ had frequented. For most other devout Christians, tranquil manuscript images of Mary in a garden facilitated devotion and prayer. Artists often represented Eden as a verdant orchard with high walls, while the gardens associated with Mary and Christ tend to be smaller and enclosed by a simple wooden fence.

In this scene, Mary Magdalene kneels before the resurrected Christ within a modest fenced garden. According to the Bible, after the Crucifixion, Christ was buried in a tomb on a plot of land containing a garden. Mary initially mistook Christ for a gardener, and thus artists in the Renaissance often depicted him holding a shovel, as here. The tall tree at the center of the image not only suggests a garden setting but likely refers to the Tree of Knowledge that grew in Eden, serving as a reminder of Christ's atoning sacrifice for the sins of humanity. 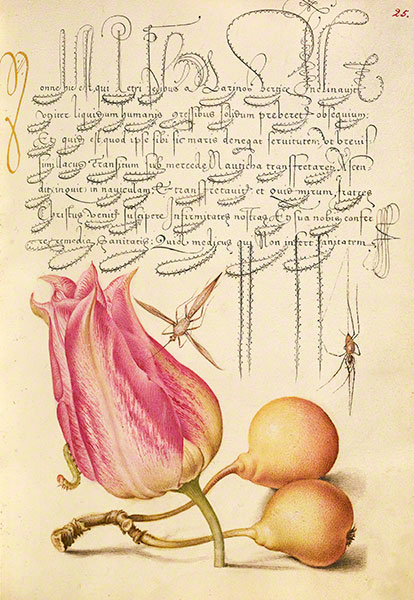 What is an Italian villa or French château without a garden? In the Renaissance, gardens complemented the architectural harmony of courtly estates through plantings along a central axis and beds of herbs and flowers arranged in geometric patterns. The combination of sculptures, fountains, and topiaries in gardens not only communicated the patron's control over nature but also expressed the Renaissance ideal that art is inspired by nature and, in turn, nature is shaped by art. In manuscripts, a courtly garden could serve as a backdrop that conveyed a ruler's status or as a stage for activities both reputable and scandalous.

Painted with spellbinding precision, the pink-and-yellow-striped tulip shown here is among seven of varying colors featured in this book illuminated by Joris Hoefnagel for Holy Roman Emperor Rudolf II (ruled 1576–1612). The elaborate samples of calligraphy had been commissioned thirty years earlier by Rudolf's grandfather Emperor Ferdinand I (ruled 1558–1564), but Hoefnagel's naturalistic depictions of plants, animals, and insects rival the text in beauty. Rudolf cultivated botanical rarities, like the tulip, in gardens throughout his empire, and Hoefnagel's highly accurate illuminations preserve a floral record of species from as far away as modern-day Turkey and Peru.

Florence at the Dawn of the Renaissance: Painting and Illumination, 1300-1350
Edited by Christine Sciacca