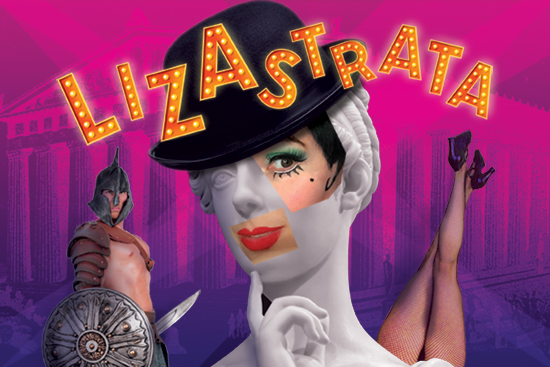 LIZASTRATA contains sexual language, situations, and imagery that is not recommended for persons under the age of 15.

In this hilarious, musical retelling of one of history's greatest theatrical offerings, Lizastrata takes on the establishment, storms the Acropolis, and holds the treasury hostage until the long-warring men of Athens and Sparta commit to declaring peace. Her strategy? All the women go on a sex strike. Set to a mash-up of Liza Minnelli's greatest hits, the talented Troubie triple-threats perform song and dance for a deliciously irreverent romp. No sequin will be spared!


"...the zany Troubadour update is the truest to Aristophanes of any American production I've seen."
— Charles McNulty, LA Times

The Cast (in order of appearance)
Get answers to frequently asked questions about this performance.