Publications & Resources
The Cave of the Silken Web

The Cave of the Silken Web

Film Screening with the participation of the Silk Road Ensemble 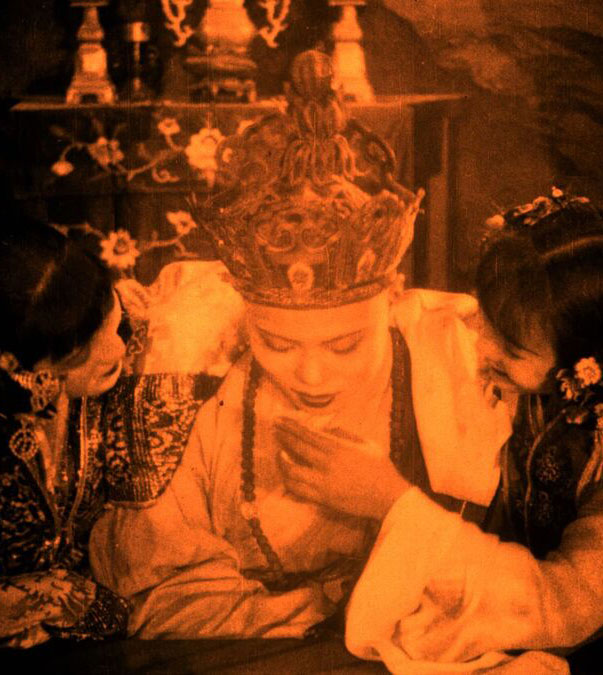 In 1927, Chinese film pioneer Dan Duyu made what is believed to be the first screen adaptation of one of the most enduring classics of Chinese literature, Journey to the West. On their journey to India to procure Buddhist scriptures, pious monk Xuanzang and his three disciples Monkey, Pigsy, and Sandy are under constant threat from demons and malicious spirits. In this adaptation they are besieged by spider demons disguised as beautiful maidens. Besides the special effects-aided supernatural feats, Chinese silent star (and Dan's wife) Yin Mingzhu lends a beguiling modernity as the spider queen.

Dan's The Cave of the Silken Web, once thought lost, was rediscovered in 2011 and preserved by the National Library of Norway. This rare cinematic treasure had its Los Angeles premiere in a special outdoor event at the Getty Center that included the Silk Road Ensemble performing original music alongside a screening of this silent film classic.

Presented in collaboration with the UCLA Confucius Institute.

This screening was made possible by the generous support of Li Lu and Eva Zhao, the Li Lu Humanitarian Foundation with additional support from Jim and Anne Rothenberg for the performance of the Silk Road Ensemble.