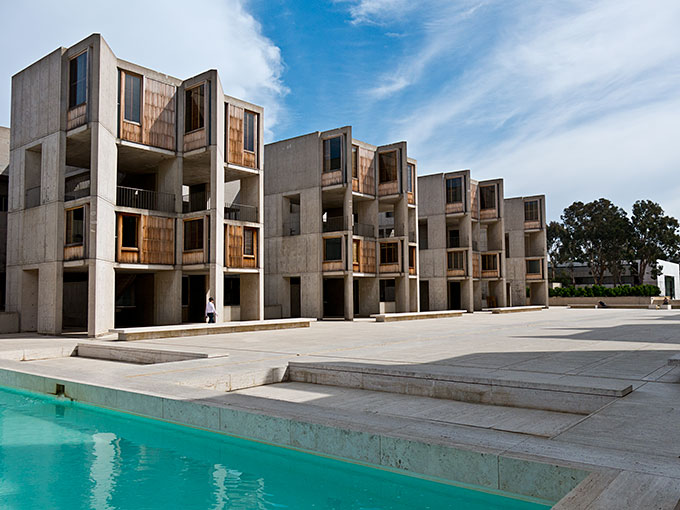 The Salk Institute in La Jolla, California, where the teakwood windows of this Louis Kahn building complex are the focus of a GCI project. Photo: Jeffrey Levin, GCI.
March 2013 Colloquium

The meeting report and session videos of the March 2013 Colloquium to Advance the Practice of Conserving Modern Architecture are now available online on the CMAI web pages. The colloquium included invited experts and other participants from around the world who have supported conservation of modern heritage in recent decades.

To begin this effort, the Getty Conservation Institute convened a two-day event organized around four themes: (1) philosophy and approach; (2) physical conservation challenges; (3) education and training; and (4) identification, assessment, and interpretation.

The meeting report includes summaries of case study presentations and working group discussions, and position papers. The report also includes a proposed action plan to advance the field that was compiled by the GCI and that grew out of discussions during the meeting’s final session.

This second field project under the GCI’s Conserving Modern Architecture Initiative aims to address the aging and long-term care of the buildings’ teakwood fenestration windows, which are a major architectural element of the site.