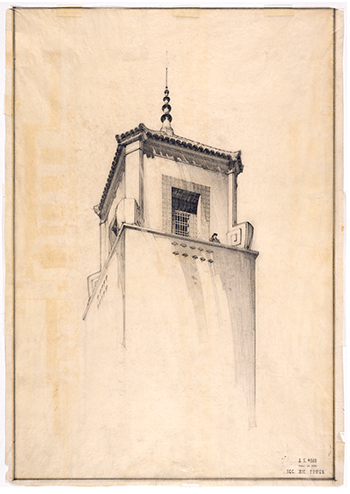 A panel of experts discusses the history of Union Station and visions for its future. Moderated by Kevin Roderick, editor, LA Observed.

This documentary explores how starting in the 1880s, over 100,000 brave young women, Harvey Girls as they were called, made an unusual decision to leave home and travel west to work as waitresses along the transcontinental railroad. The film screening is followed by a Q&A with Katrina Parks (director/writer), Michael Parks (executive producer), and Thaddeus Homan (producer/editor).

Presented by Metro. Admission is free. Seating is on a first-come, first-served basis. Visit Metro for more information.

An interview with curator Marlyn Musicant
This exhibition is organized by the Getty Research Institute with the generous participation of the Automobile Club of Southern California.