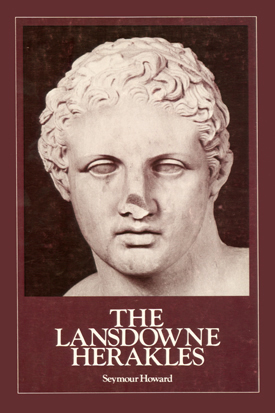 The Lansdowne Herakles is a Roman copy of a Greek prototype that was found in the ruins of Hadrian’s villa at Tivoli. It was named for Lord Lansdowne, who once owned the work and displayed it in his home in London.

For many years J. Paul Getty considered the sculpture the most important antiquity in his museum. In addition to appreciating the history of the sculpture and its artistic merit, Mr. Getty had considerable affection for the hero himself. In this revised and expanded edition of his 1966 monograph, Dr. Howard uses numerous illustrations to introduce new information concerning the modern history of the sculpture and to review the arguments for attributing it to different sculptors. He suggests that it is close to the work of the fourth-century Athenian master Euphranor.

The Herakles is now displayed in the new presentation achieved by the museum’s antiquities conservator Zdravko Barov, whose report concerning his procedure and findings is also presented.