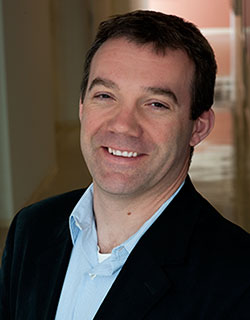 In January, Tom Learner was appointed head of Science at the Getty Conservation Institute. For the last seven years, Tom has served as a senior scientist at the GCI, leading the Modern and Contemporary Art Research Initiative.

In his new position, Tom will oversee the wide-ranging activities of the Science department, whose current work not only involves the conservation of modern and contemporary art, but also includes research related to photography, Asian and European lacquers, Athenian pottery, museum lighting, and the conservation of lifted mosaics.

Prior to his arrival at the GCI, Tom served as a senior conservation scientist at Tate, London, where he developed Tate's analytical and research strategies for modern materials and led the Modern Paints project in collaboration with the GCI and National Gallery of Art in Washington, DC. During this period, Tom also was a 2001 Conservation Guest Scholar in residence at the GCI.

Tom is both a chemist and a conservator, with a PhD in chemistry from Birkbeck College, University of London, and a diploma in conservation of easel paintings from the Courtauld Institute of Art.