Bronze Portrait of Tiberius
Following a year-long conservation project and subsequent exhibition (Tiberius: Portrait of an Emperor, October 16, 2013–March 3, 2014), this over-life size bronze portrait of Tiberius from Herculaneum remains on view at the Getty Villa. Marking the two thousandth anniversary of Tiberius's accession as Emperor, the statue is displayed in a gallery devoted to Men in Antiquity (209). There he stands in the company of busts of other Roman emperors, including his predecessor Augustus and successor Caligula. 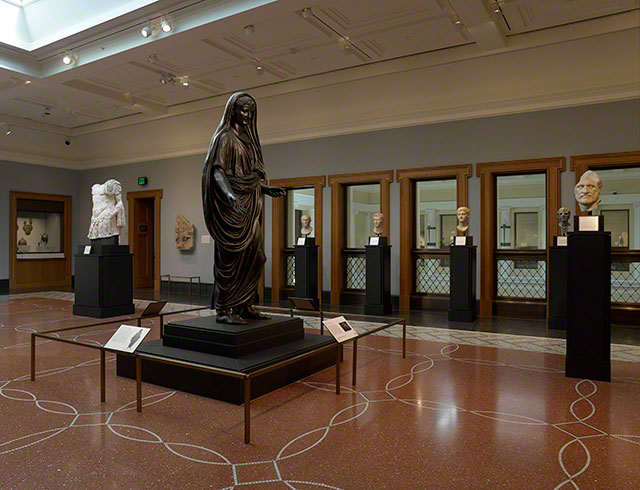 Learn more about the life of Tiberius and the discoveries that have been made during the conservation of the portrait.